Whether you are looking for Sitcom, Stand-Up or just some great comedy movies to enjoy then continue reading for our take on the best streaming services with a great collection to make you laugh, and why I think they are worth a shot.

All my recommendations should allow you to try with a free trial. We will be skipping Netflix as firstly it already has a monopoly on most content and has removed its free trial.

Watch Comedies Online - 15 streaming services with the best Comedy TV and Movie selection to make you laugh, with a total of almost 6 months of back to back free trials.

My quick overview of 3 of the best services to stream comedy TV and Movies (based on our own opinion).

Hulu 7 Day Free Trial - I have chosen Hulu as firstly it has options to expand into Internet TV and add loads of networks and comedy channels. However, it also has a great library of both Comedy Movies and TV Shows at a very competitive price.

Philo 7 Day Free Trial - I wouldn't recommend unless you are also looking to get Internet TV as its a lot to pay for just some comedy. However, if you are... Philo is the cheapest cord-cutting service and comes with a great lineup of comedy Channels.

Looking for a specific form of comedy and want to know what service is best for you. Whether you are looking for easy sit-coms, Romance Comdey, Stan-up or just funny quiz shows, here is our table for what I think is best for you. All of these are based on the price and what is available at time of writing this post. I do not include Netflix as firstly there is no longer a free trial when writing this and chances are you have already tried it.

Our complete comparison and breakdown of every stremaing service we think you should be tying if you are looking for a good laugh. I will take you through the prices, content, why it is for and why I think it should be considered.

Britbox focuses on British TV from the ITV and BBC in the UK. Although the version available is the US is not asa good as the UK version there is still plenty of British comedy as British TV seems to mostly Sit-Coms. To enjoy the Britbox comdey content you will need to be able to understand the humour of the Brits otherwise Britbox is not for you. Some show s worth watching include Father -Ted, The Vicar of Dibley, QI, Mrs Brown's Boys and Detectorists.

Brownsugar is a streaming platform that focuses on Afro-American action movies. The content is full of classic movies from the last few 5 decades or so. It includes many action-comedy hits which is why I have put it in my comedy list of services worth trying for comedy. At a low price and a 7 day free trial I would highly recommend this as the content is both unique and awesome. Content includes All Star Comedy Jam, The Black Cobra and lots of Stand Up comedy.

Comedy Central Stand-up or Comedy Central Now is quite straight forward. An archived selection of comedy stand-ups to enjoy. There is loads of content to enjoy. You can watch this service through your TV provider or through Amazon Channels.  New acts are added constantly and are done in series. A great place to discover new stand-up entertainment. This service is guaranteed to make you laugh,

Next-Up Comedy is another Stand-up comedy service. It delivers a stream of comedy circuit legends and rising stars. Stand-up comedy is one of the few comedy formats that seems guaranteed to make an audience laugh. It is a great place to discover new stand-up performances with new jokes that you have not heard before. This service comes highly recommended.

HBO Now is not just a comedy steaming platform but us has a large library of movies to enjoy, which are always being update. At time of writing this includes titles such as Home Alone, School of Rock, Dodge-ball Bridesmaids and much more. HBO also hosts a number of sit-coms from Entourage, Curb Your Enthusiasm, Ballers and much more.

Showtime has never been one of my chosen premium network streaming options, however it is worth mentioning its comedy collection. Currently you can enjoy movies such as Back to The Future Trilogy and the TV series Shameless, along with loads of light hearted comedies. Being network based it has  a constant rotation of new content and a great seasonality selection.

Yet again Starz has impressed me. Its comedy collection is much more extensive than Showtimes and almost as large as HBO Now, yet it is the cheaper service out of them.  At time of writing it has Zombieland, Meet the Fockers, 21 Jump Street, Napoleon Dynamite and much more. As Starz is also a premium network service it benefits from great seasonal content such as Christmas movies as well as a constant update of content throughout the year.

Extensive library with selection of everything

Hulu has a number of options from their basic VOD service for a low price to Live TV and premium add-on networks such as HBO and Starz. The basic service is great value and always has a great selection of comedy. Rom-Coms such as Notting Hill and Hitch,  1980 era comedies include Weird  Science  and Back to The Future. TV comedy includes series such as 30 Rock, Blackadder, The Cleveland Show and Californication.  If you want more comedy then you can add premium networks such as HBO, Starz and Showtime or you can add Live TV channels, however this all comes at a price.

I have chosen Philo as an option for streaming comedy as it is one of the cheapest Cord-cutting services and includes  a number of channels eitehr dedicated to comedy or well known for a good comedy schedule. Channels include Comedy Central, MTV, MTV Classic, MTV2 and many more. Sling TV also offers most of these channels but at a much higher price, making Philo the obvious choice for comedy channels.

CBS All Acces is Tehran Premium Network option with  plenty of comedy series and movies to enjoy. Their library includes series such as Young Sheldon, Faiser and Cheers. Being network based you will benefit from a rotation of new and old content and seasonal movie collections. Current Movies at time of writing is not as extensive as other Premium networks but still some good options with Rat Race, Hitch, Ghost Town and About Schmidt.

Another Premium network service Cinemax has plenty of great comedy movies to enjoy. Being a network service it has  a good rotation of content along with a good seasonal collection. At time of writing movies inlcude Tower Heist, Mask,Project X, Happy Gilmore, Shaun of The Dead and many more. Although the service does not have as much content compared to  competitors it does have better content as most movies are are premium movies or well known classics.

Sling TV is the oldest and original cord-cutting service in the US and is still one of the best. Although it is a costly option for just wanting to watch  comedy, if you happen to be looking to making the switch to internet TV then Sling is definitely to be considered for all comedy fans. In addition to great comedy channels such as Comedy Central the $5 comedy add-on service also gives you access to MTV, truTV, Paramount Network, MTV2, CMT, Logo, Revolt, GSN and TV Land.

Epix is our final premium network on the list. For the most part premium networks always have an up-to-date library of family comedy, Rom-Com, Adult Comedy and Teen comedy to enjoy as they manage to show what is available on their premium channels. Epix has a massive selection of Comedy Movies but not really any TV Shows to make you laugh. At time of writing there is The Addams Family, Jackass, Wayne World, The Festival and hundreds more.

Now i realise this is a horror streaming platform. However, comedy horror is a huge sub genre so I had to add it. Shudder has by far has the best of all horror genre movies. You will find everything from slashers to spoofs to make you laugh on Shudder. It is in my opinion one of the best niche streaming services.

Amazon Prime should always be considered no matter what you are looking for as it has a little of everything and is always well priced. Comedy movies at time of writing include, Knives Out, Shrek, Grown-Ups and My Spy. Comedy shows include The Marvelous Mrs Maisel, Preacher, 3rd Rock From The Sun and The Boys and Malcolm in The Middle. Content differs form Country to Country but the Amazon Originals are always the same and new movies are regularly added and removed. 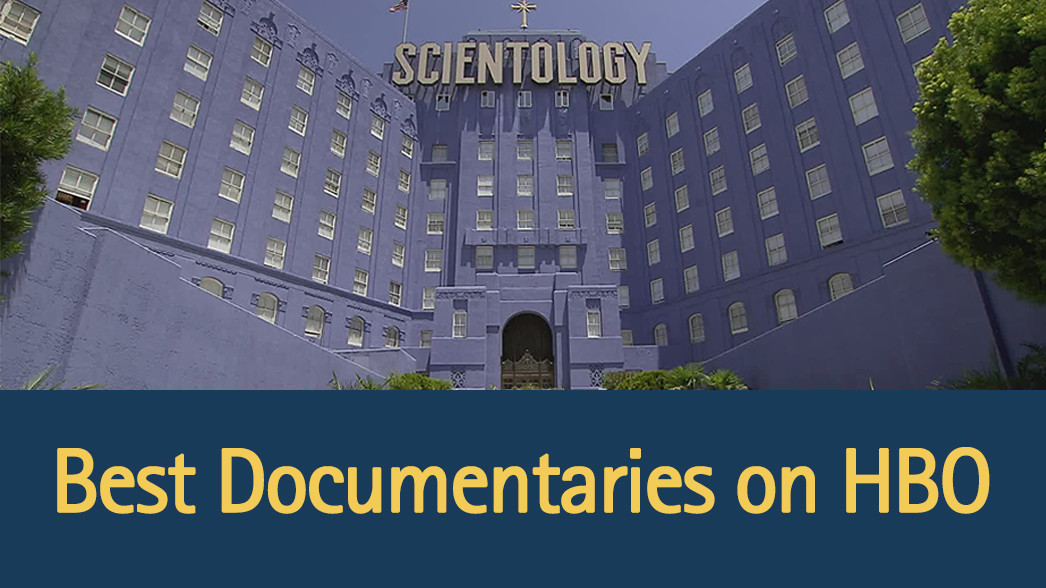 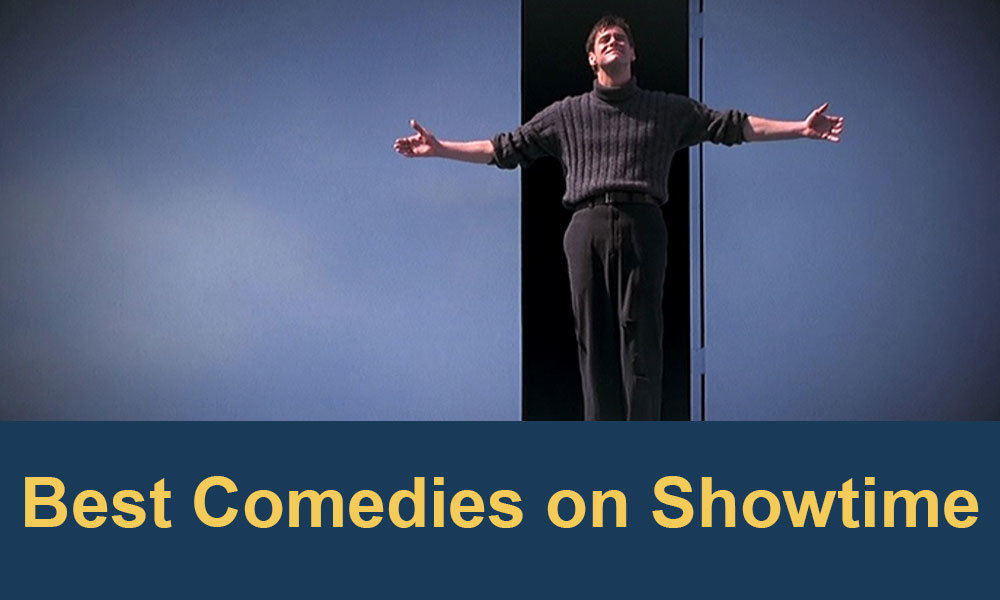