I don’t know about you, but I like to sit down and watch a good romance movie every once in a while. Not many people will admit it, but romance movies with an excellent storyline make for great entertainment.

Some of the best romance movies on Starz are among the many lovey-dovey films created over the years by producers worldwide. There’s no denying that most of them follow a similar pattern: boy meets girl and likes her, but something stands in the way and the two have to overcome hurdles to ultimately end up together.

The similar patterns make it difficult to choose a movie that doesn’t end up being boring. For this reason, we compiled our top five picks for romance movies available on Starz that will make you believe in love or outrightly forget about it, your choice.

First on the list is this 1994 classic, a personal favorite. Tom Hanks, one of the most beloved actors of all time, plays the lovable but naive Forrest Gump. The film is based on Winston Groom’s novel of the same name and follows Forrest’s life from rural Alabama until he joins the army and eventually leaves it.

Forrest Gump is well-considered slow-witted thanks to his low IQ of 75. However, as he recounts the Kennedy and Johnson presidencies, Vietnam, Watergate, and other historical events to strangers on a park bench, it’s clear that he sees the world differently.

So, where’s the romance in this film? All through his life, Gump’s desire is to be reunited with his childhood sweetheart, Jenny. Throughout his life, he and Jenny keep running into each other. Jenny goes back to their hometown in 1976 as she recovers from years of drug abuse. Forrest proposes to her, but she leaves the next morning after spending the night with him.

Back to the present day in 1981, Forrest is recounting his life to strangers. It turns out, Jenny had sent him a letter asking that he sees her. The strangers point out the address is only a few blocks away, and Forrest goes to see Jenny. There, he gets to meet his son, Forrest Gump Junior. Gump and Jenny get married, but she dies a year later from an incurable unknown disease. The movie ends with Forrest seeing his son off to school.

The Notebook is another classic romance movie based on the novel by Nicholas Sparks. The 2004 film stars Ryan Gosling and Rachel McAdams as a young couple (Noah and Allie) who meet and fall in love in the 1940s. The story of their lives is told in the present day by an elderly man who reads it from a Notebook to a fellow resident at a nursing home.

Despite their love for each other, the young couple could not be together because of the difference in their social classes. World War II further separates them before they finally reunite seven years later.

The film depicts the couple’s love story in different seasons, as it turns out the two residents are the couple in the story. Allie has Alzheimer’s, and Noah, who is still in love with her, reads the story to her every day, to remind her how they met and fell in love. Sometimes, she remembers who the story is about, but most times she doesn’t even know who Noah is.

The film is a wonderful narration of a love that withstood the test of time and Alzheimers, and the sweet but sad ending will have you bawling your eyes out.

If you like your romantic movies with a splash of comedy, you’re going to love this 2000 film. What happens when a young man in love goes to his girlfriend’s parents’ home before proposing? Nothing could go wrong, right? Well, male nurse, Greg Focker wouldn’t agree.

Greg is ready to propose to his girlfriend, Pam. But first, he needs to win over her dad, an ex CIA agent. Pam’s sister is getting married, and the occasion provides the best opportunity to meet her parents and win them over.

When Greg and Pam go over to the Byrnes house for the wedding, Greg is hell-bent on making a good impression. Instead, everything seems to go wrong, turning into a series of hilarious events. Will Greg win over the no-nonsense father in law? Or will he have to forget about marrying Pam?

What better romance story than that of four young women who are coming of age? Little Women is a 2019 adaptation of the 1868 novel of the same name. It tells the story of the March sisters who are coming of age in the 19th Century. All four of them, Jo, Meg, Amy, and Beth, have different aspirations and are all trying to live life on their own terms.

Jo is a New York teacher who wants to publish a novel of the story of her life and her sisters. Meg is beautiful and seeks to settle into married life and start her own family. Amy is artistic and marries Laurie, their childhood friend, and next-door neighbor. The last sister, Beth, is sickly and dies from scarlet fever.

Little Women is an excellent narration that follows the four women’s lives from childhood and their passage into womanhood. Jo, the emotional epicenter of the story, is Louisa May Alcott’s alter ego, the novel’s author. The story is loosely based on her and her sisters’ life.

One of the most challenging things that a couple would have to face is a mental illness, and for Cam and Maggie, this is their reality.

Cameron Stuart, whose role is played by Mark Ruffalo, was diagnosed with bipolar disorder. He has a severe manic attack that causes him to be confined to a mental institution. His wife, Maggie, and two daughters are forced to move out, after which Maggie begins to apply to business schools to secure the family financially.

When Maggie gets a scholarship to Columbia University, Cam agrees to be the primary caregiver to their daughters as she completes her degree. However, the two are very spirited and will not make things any easier for their father.

Based on Maya Forbes’ (the director) story about her dad, Infinitely Polar Bear depicts the effects of mental illnesses on family and relationships. Unlike most films that almost always get it wrong, the movie’s writing is spot-on, as Maya draws from her childhood experiences with her father.

The movie was set in 1978, a fact that the writer captures in excellent detail and clearly shows how much of a struggle it was for Cam to balance his illness and try to bring his family back together. 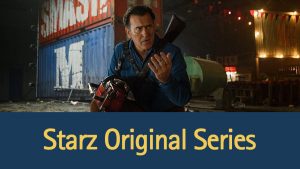 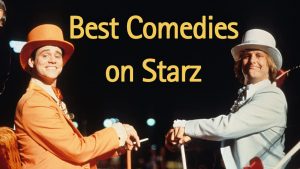