Now Tv Free trial offers 4 possible passes to try for 7 days, you can try one or all of the passes with the exception of Sky Sports. Watch Boxsets, Movies, Reality Tv or smother yourself in Kids Cartoons.

What is Now TV

Now TV is the only UK streaming service which could be considered a cord-cutting option for replacement of regular tv. Cord-cutting is an mostly American expression to describe internet streaming services that allow you to do away with traditional cable or satellite Tv, made possible by recent advancements in internet speeds.

Being powered and operated by Sky allows Now Tv access to an impressive library of movies and boxsets, along with a large selection of kids and reality Tv. Unlike any other streaming service, the different content is broken down not into network packages but a choice of passes including Boxsets, Movies, Sports, Kids Tv and Reality Tv. The only other UK service which may also be considered a cord-cutting service with different packages would be the Amazon Prime with a selection of Amazon Channel, however the current channels do not offer a large amount of the premium UK networks content that Now Tv does.

As mentioned Now Tv works on a series of different passes available for purchase. 4 of the passes off free a 7-day free trial however the Sky Sports pass does not.

Probably the most popular pass as it gives access to a plethora of hit boxsets, made even more popular by being the number 1 option for UK users to watch Game of Thrones in the. The content does not stop there with classics such as Sopranos, Only fools & Horses, American Dad, South Park, Chernobyl and hundreds more. The free trial lasts for 7 days and the pass then costs £7.99 a month there after.

The movie pass also known as Sky cinema has a running of hit movies shown through the sky television network, which includes mostly blockbuster hits new and old. Effectively an on-demand cinema service. Also available free for your first 7 days and then £11.99 a month there after. The film selection is one of the most impressive as it is kept up to date and offers many films for as long as 2 years or more, not just on demand for a week or so.

The Kids pass streams several American kid’s networks with the likes of Nickelodeon, Cartoon Network and Boomerang. Most UK kids tv networks already have their own Freeview channels so there is little point adding these to the service. Again a 7-day free trial and just £3.99 a month rolling conttract.

The Hayu free trial pass is for reality TV, however like the Kids pass most UK reality Tv is already available through Freeview Tv, therefore most of the content is American in origin. Brits love American Tv so there is little issue with this.

The Sky Sports Network is the go-to sports network for UK fans, having recently beaten BT Sport to a large number of Premier League football games, winning back much of the ground they originally lost. Unfortunately, Sky Sports is not available as a free trial pass and ranges from £5.99 per month for mobile use to £33.99 a month for the full list of channels. Sky sports also offer a one day pass which at £8.99 is useful for one off events.

The Now Tv app is a little frustrating for desktop users, whereas most services will allow you to stream through your browser Now Tv have opted to have their own desktop app and do not offer browser support. The application works in tandem with the browser site, meaning you search for shows/movies/channels to watch in your browser and then it will open in the app. As a user this is extremely frustrating and does not offer a smooth experience. I often found myself loosing my place in a series and becoming annoyed that if I do not click “next episode” quick enough then I have to reload the browser and app and start all over again? Now Tv has to sort this out if it wishes to compete with Amazon and Netflix!

Other than the annoyance of the Desktop version the app is available on most devices with Apple, Samsung Roku or even a Now Tv box, I have not tried them all as I do not have the 60+ devices that it boasts about.

By no means do you need the Now TV box to watch on your smart Tv as the app is avialble on many devices as we have already discussed, but if you were to choose this option does it have any further benefits. Compared to other Smart Tv devices not really, and that is essentially all it is. Allowing you to turn your tv into a smart tv with apps not just for Now TV but also BBC iPlayer, ITV Hub, All 4, My5, UKTV Play and even Netflix. The pasue options are limited and you are not able to record shows, so it really is just for a cheap Smart Tv upgrade.

If you are looking for something more substantial then a full media PC (neatly hidden among your Tv unit) or even just a Rasprberry PI has a lot more to offer.

The multi room add-on is a small upgrade offered allowing upto 4 users to connect at enjoy content simaltaneously. IT is set-up the same way as a Sky subscription would be set-up in multiple rooms, not the same way as Netflix may allow users in 4 different addresses connect. You will likely need to ask directly how you can go about getting this upgrade. Personally I found BTs answer to multi users far more appealing asI can easily log into any device anywhere in the UK with my BT subscription with upto 3 users wihtout having to set anything up.

How much does Now TV cost a month?

The Now TV Prices are as follows

If you're like me and love to binge watch series and curl up to a blockbuster movie on a Saturday then the combined cost of Entertainment and Cinema Pass is fairly reasonable at £19.98pm. You get quite a lot, especially if you have been wasting your money on a BT or Sky subscription for the last decade only to watch a handful of channels for a few quality series.

We have spoken about the type of packages, so you can get all the Sky Sport channels if you opt for that package, but then the entertainment pass offers a plethora of series such as Game of Thrones and Sopranos. The Sky Cinema will have all the latest movies shown through the cinema channels on Sky, however it will also have some films for up to 2 years.

The Hayu channel offers a lot of American celebrity reality Tv and the kids Tv is mostly American cartoon channels.

Can you watch live TV on Now TV?

Can I watch Freeview on Now TV?

No it is for premium channels only, I suppose it doesn’t make much sense to stream Tv which is available free on Freeview Tv.

Is Now TV cheaper than Sky?

It can depend on your package, but practically yes as it allows you to taylor what you want far better and does not include installation costs, line rental etc…

Here's a list of steps for cancelling a NOW TV pass;

You can find more information on how to cancel on the NowTv help pages https://help.nowtv.com/article/how-do-i-cancel-now-tv

As a bit of a techy and being extremely fussy about my entertainment preferences the quality offered from NowTv is upsetting offering no more than 720p no matter what you are watching on or the quality of your internet link. This is a huge downfall for Now Tv. Trying to enjoy the Dark scenes of Game of Thrones battle at Winterfell was uncomfortable with blotchy colours, it was more like a Game of Minecraft. 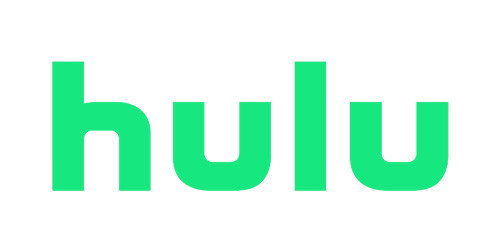 See here for our ultimate guide to free trials. Best and worst trials, how to cancel, what be be aware of and more…  Free Trials Ultimate List & Guide