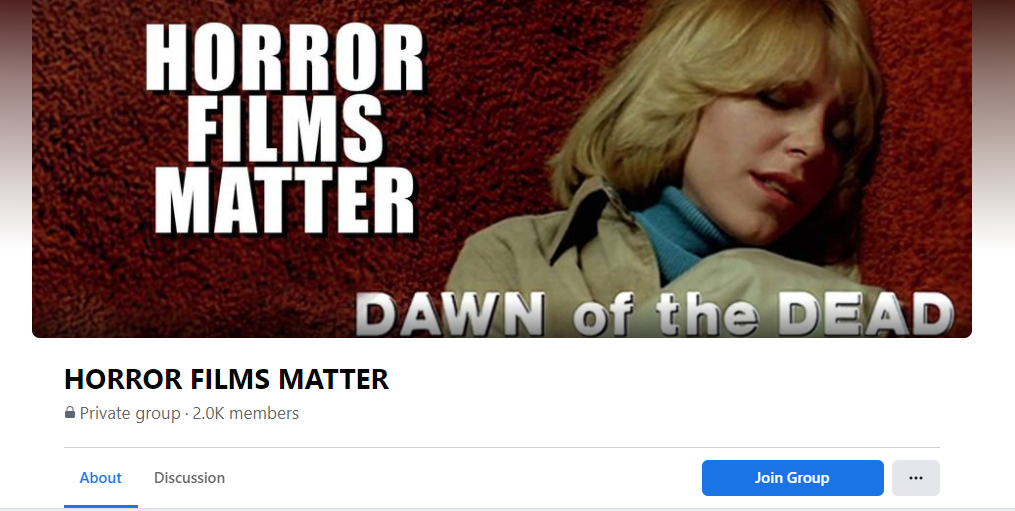 This week I have been speaking with Paulo Leite. Paulo heads a number of Facebook communities along with his own blog.

FB Group Horror Films Matter – “A group dedicated to Horror creators and fans who understand the importance the genre has in society, entertainment, philosophy and life”

FB Group HORROR MOVIES!!!!!! – “A group where you can come in to discuss ALL horror movies“

Blog badbehavior.wordpress.com – “This is an ongoing series of short horror stories.”

My name is Paulo Leite, I am a horror fan, I work with film production. I love horror films because they are subversive. I love collecting CDs and movies. I read and write about films and I love talking to people who love horror films.

I use Netflix, Shudder, HBO and my Blu-ray player. Sometimes I get nostalgic and I go to my VHS and my Laserdisc

2. What are your Favourite horror movies and/or series

I love the classics. ROSEMARY’S BABY and THE EXORCIST, in my opinion are two of the best scripts ever written. I also love THE EVIL DEAD, DAWN OF THE DEAD, FRIDAY THE 13TH, AN AMERICAN WEREWOLF IN LONDON, THE THING, AUDITION, small gems like ANGST, DEMONS and THE LIFT and a thousand other films. Recently, I loved DON’T BREATHE, IT FOLLOWS and IN A QUIET PLACE.

I like all sub-genres and I try to give every film a chance. There is always something good in most films. The makeup in THE WALKING DEAD is so good, it made the entire sub-genre more expensive to make. I love the work of those artists. We could talk for hours about favourite films and series.

3. Can you suggest some Hidden Gem movies everyone must watch (movies people may not have heard of).

There is this Austrian film from 1983 called ANGST by Gerald Kargl. It recently got a Blu-ray release and totally urge people to buy it blindly… and let themselves go.

4. What are your favourite sub genres of horror and why

I can’t pick one because my favourite is always changing.

Sometimes, I am in the mood for THAT sub-genre, or suddenly there comes a new film that makes me look at a sub-genre with renewed fascination; so it’s very hard to pick one.

There are great films from all Sub-genres. However… just so you are not stuck with a “no answer”, I’ll say this: I think the “werewolf” sub-genre is under-served. These films are very hard to make, they are expensive, and, as a result, truly good werewolf films are rare.

5. Who are you favourite Directors/Writers/ Actors

Paramount. They reinvented American films in the 70’s (and I loved seeing their logo on the VHS tapes I used to rent).

Favorite actors: I’d say Robert Englund deserves an honorary Oscar for the joy he gave to an entire generation of teenage horror lovers in the 80’s (actually, he created millions of those horror lovers).

Robert Evans. He made Rosemary’s Baby into what it is.

Although there are many, I’ll go with Carpenter. Few people have shown such commitment to the genre AND his fans.

7. Who are your favourite Villains and Monsters

One character: Damien Thorn. He is so tragic. Especially on THE OMEN II. As a class of monsters, I’d say zombies. They are such a massive threat, it’s impossible to have a happy ending in a zombie film.

8. Give us your best and worst Horror Movie endings.

There are great horror endings. ROSEMARY’S BABY is by far one of the best. More recently, I loved MARTYRS (the French version). That is an ending no one sees coming. THE OTHERS also have a brilliant ending.

I am not one of those people who figure out the ending before the title sequence finishes. I am very honest about these things. I like to let the film take me. I like to trust the filmmaker. This means I try to enjoy the journey and rarely try to outsmart the filmmaker.

I also loved the ending of IT FOLLOWS, a film that is great in many different ways. LET THE RIGHT ONE IN (Swedish version) also has a great ending.

There are three films whose ending disappointed me: HAUTE TENSION, HEREDITARY and US. These three films started brilliantly, but, somehow fell apart towards the ending.

Horror films have an added level of difficulty when it comes to the endings. They frequently rely on a great concept and a great proposition that captures the audience. The problem is that it becomes extremely hard to come up with an ending that does justice to how great the beginning was.

So, although I am frequently disappointed by some endings, I cannot say those films are bad, because I recognize the extreme challenge of coming up with a great ending in a horror film. It’s just too damn difficult.

There is also an entire class of horror films that are so thrilling, spectacular and fascinating that you just don’t care if the ending isn’t that great. The original EVIL DEAD and THE THING come to my mind. Who cares about how they end? Those two films are so brilliant and fresh, you don’t really care about what happens in the end.

However, you need a Master Writer with balls the size of watermelons to have an unforgettable ending… like in THE MIST. 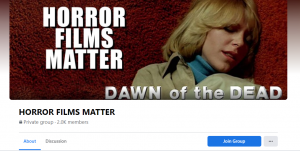 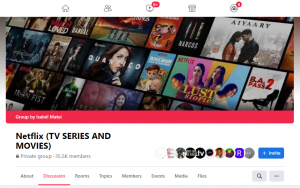 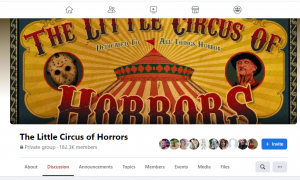 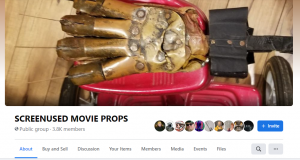 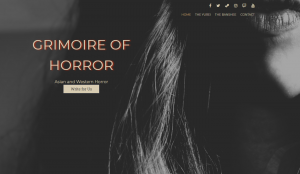 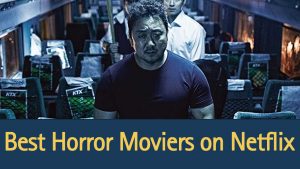 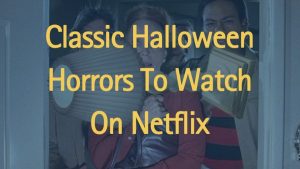 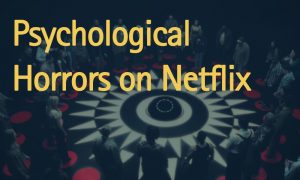 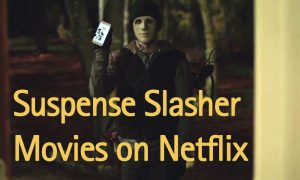 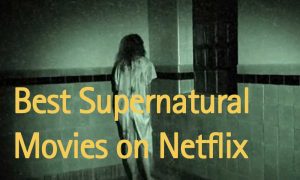 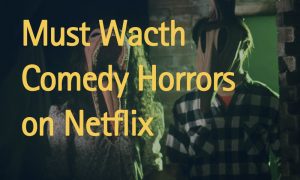 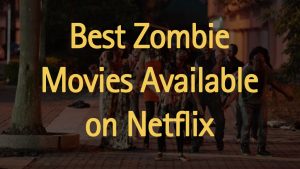 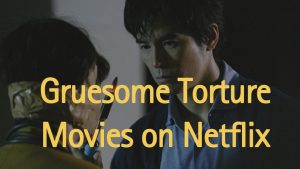 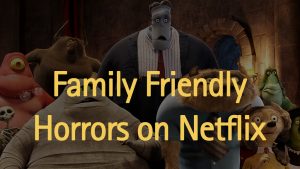 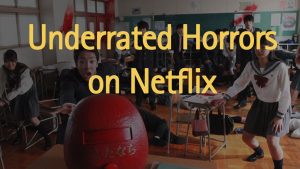 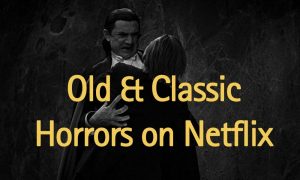 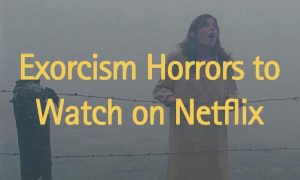 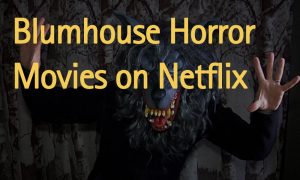 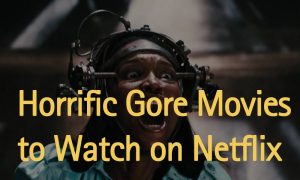 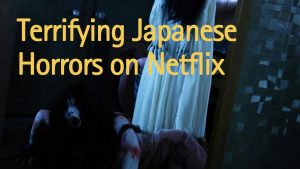 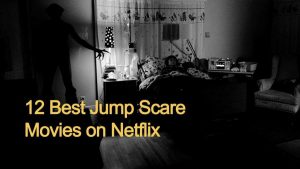